“The most dangerous woman of all is the one who refuses to rely on your sword to save her because she carries her own.” ~ r.h Sin

Female fictional characters have repeatedly reminded us about the strength women have and how they very aptly utilize it. Here are 9 female fictional characters who, in no particular order, have proved that you shouldn’t be patronized for your gender.
1. Arya Stark; Game of Thrones
Source: Harpers Bazaar
Ever imagined how it would feel to witness your father being publicly executed? Arya has firsthand experience. She is unconstrained by society’s gender roles, expectations and class divisions. Becoming a ‘lady’ was never her motive. Through the course of the series, Arya loses those dear to her one by one. She doesn’t lack compassion and goodwill but she has learnt to be ruthless to those who wronged her and her family. She has proficient skills in archery and has an analytical mind, even defeating an assailant despite multiple stab wounds. Arya joins a troop and constantly changes identities for survival. Valar Morghulis.
2. Jessica Pearson; Suits 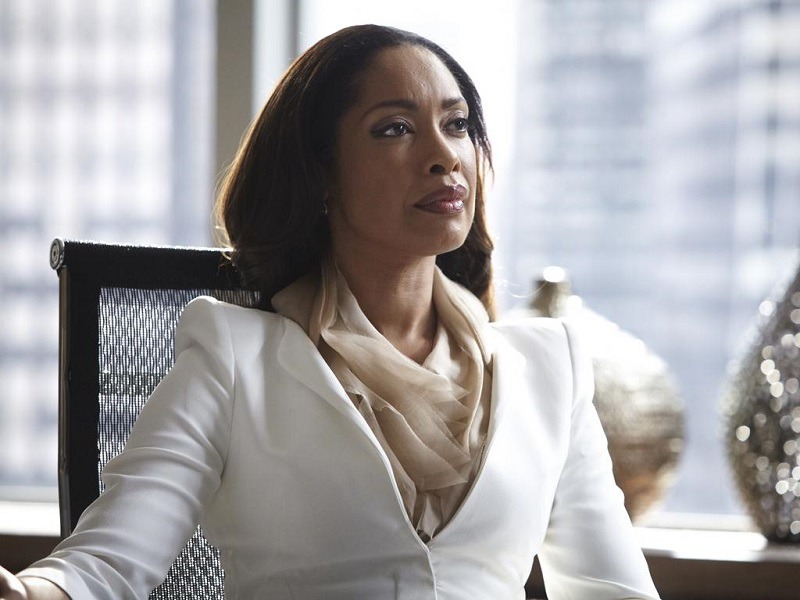 Source: TOI
Unlike most of the other superheroes on this list, Jessica is no metahuman or Goddess. She’s just a simple lawyer; a common human being. The grace and poise she possesses is part of the reason why she makes it to this list despite her comparatively conventional qualities. Saying she’s one step ahead of others is not nearly enough. She’s at least 10 steps ahead. Pearson has keen calculative and manipulative skills. She is a walking personification of the word “class”. Her entry in a room is enough to turn heads. She is always calm and isn’t rattled easily. Another unexpected quality of hers is her friendly relationship with her ex-husband. For many, she is the sole reason to watch Suits.
3. Hermione Granger; Harry Potter
Source: Nerdist
Who doesn’t know her? Rowling’s Hermione proved that it was okay for a girl to be the smartest. Actress Emma Watson believes Granger to be the adhesive that held Harry and Ron together. Despite being bullied for her blood status and wit, Hermione proved herself to be a heroine time and again. She successfully brewed the very high-level Polyjuice potion only in her second year at Hogwarts. To protect her parents’ happiness and safety, Hermione erased their memory during the Wizarding War, making the ultimate sacrifice. The best one though would be when she punched Malfoy in the face which he most definitely deserved. Of course, let’s not forget the time she taught Ron and Harry it was “LeviOsa” and not “LeviosAR”.
4. Katniss Everdeen; Hunger Games
Source: Wired
She was just a small town girl but she survived the Hunger Games and turned a nation of slaves into an army. At 16, she volunteered to take her sister’s place in the 74th Hunger Games. During a private session with the Gamemakers, Katniss realized that she wasn’t being paid much attention to, as her district wasn’t known for producing many victors. She fearlessly made a statement in front of them by successfully hitting an apple in the mouth of a roasted pig that would be served to them. She risked everything to save Peeta. She became the Mockingjay not for herself but for the people and because of her anger at the unassailable President Snow and the Capitol. If that doesn’t show how strong her character is, nothing else will.
5. Wonder Woman; DC Universe
Source: falconers voice
Princess Diana of Themyscira, Godkiller - or more popularly Wonder Woman - is an Amazon warrior princess and one of the world’s first superheroes. From the very beginning she showed interest in Amazon’s combat training and secretly started training with her Aunt Antiope. She believed that stopping Ares (the God of war) was the Amazons’ duty and when given the opportunity, she didn’t think twice. She embraced her true power as the godkiller, emerging victorious against the all-powerful Ares. Although she did abandon superheroism for 100 years due to her lost faith in humanity, Diana came back to save Batman in the Battle against Doomsday like the badass that she is. She possessed strong empathetic and altruistic traits and was angered only when deeply disrespected.
6. Fa Mulan; Disney’s Mulan
Source: theodysseyonline.com
No other Disney character has shown the courage that Mulan did when she disguised herself as a man to join the Chinese Imperial Army in her father’s stead. She is shown to be free spirited and someone with a strong proclivity to protect the honour of her family. Her love for her father became the drive for her to report in the army camp in place of her father to not only prove her self-worth but also protect him. She strongly stands against sexism and injustice throughout the movie. Mulan acts as a bold warrior and figurehead among both men and women in village. She also shows great swordsmanship and marksmanship along with being proficient in kung fu and other combat areas.
7. Black Widow; Marvel’s Avengers 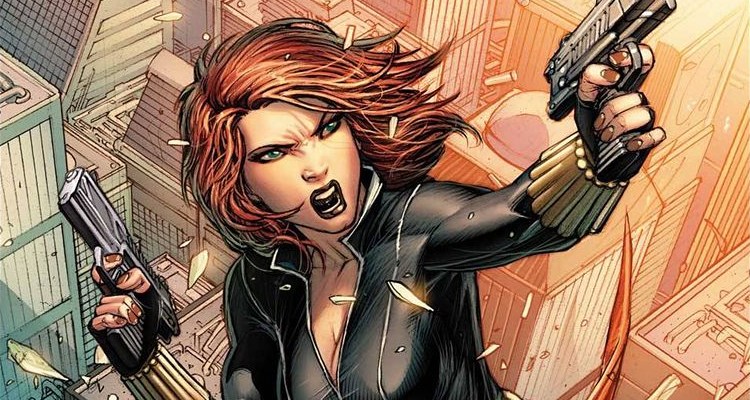 Source: Shoryuken
Natalia Romanova grabbed the attention of the Soviet Intelligence in 1930 and was recruited to the Black Widow program. She was married to a renowned test pilot but after a few years of happy marriage her husband’s death was faked which led to her becoming Black Widow. The government enhanced her immunity and slowed her aging. Her Kevlar-like costume provided maximum protection and her skillfulness with various martial arts (jujitsu, kung fu, boxing- you name it and she knows it) made beating her a difficult task. She was attacked by the Winter Soldier but she managed to save herself and the man she was protecting. She even managed to kill three Russian criminals while she was tied to a wooden chair. Her combat skills are not the only things that make her special - Black Widow is exceptional at handling computers as well.
8. Rue; Hunger Games
Source: Youtube
At 12, Rue was selected for the 74th Hunger Games. She had great agility and easily traveled through treetops. Since she belonged to the agrarian district 11, she used her extensive knowledge of plants to collect food. She also made a slingshot for herself and used a sharp shard of rock as a knife. She smartly maneuvered herself in the arena by staying off the ground. In an act of benevolence, Rue helped heal her competitor, Katniss’ wounds with leaves. She planned to destroy the careers’ food supply with Katniss but got trapped during the course of the same and was callously stabbed in the stomach with a spear, dying fearlessly.
9. Madeline; Madeline book series 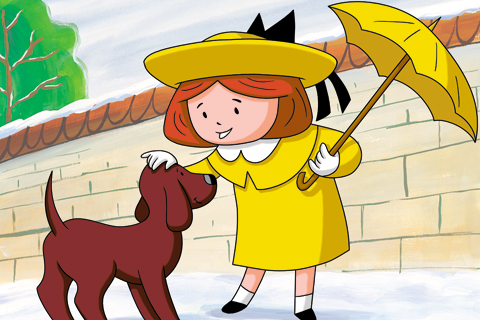 Source: USAC
For most, she is a mere 7 year old who studied in Paris in a boarding school with other girls. But that’s not all there is to Madeline. From the start, Madeline displayed curious and adventurous tendencies. She was brave and taught young girls to be themselves freely; to not care about anything that would make them “different”. This little girl went through an appendix surgery and later proudly showed her scar off to her fellow mates. All of us have a “scar” too; if not literally then metaphorically; but none of us are courageous enough to show it to others. Madeline is an excellent problem solver too. And she’s looked up to by many, for no other reason than her actually being cool.
Honorary mentions go to Princess Leia Organa (Star Wars), Ripley (Alien) and Annabeth Chase (Percy Jackson). Chances are a few of these characters have inspired you just as they have inspired many of us. Yes many of them are superheroes, but each one of us is our own kind of superhero. Cheers to these women and the others who we couldn’t mention!
Similar Blogs:

What happens to red-carpet dresses after the event is over?

Celebrities wear expensive and gorgeous outfits at every red-carpet event. But what happens to those dresses after celebrities are done wearing them?