The Science of the 'Flat Earth'.

2018 - centuries after the Earth was first proved to be spherical, a significant amount of people still question this belief. The idea of a round Earth was floated as early as 500 BC, by Pythagoras. This theory was validated by Aristotle a couple of centuries later. But Flat Earthers are the proponents of a different science (or no science evidently).
The Flat Earther's Evidence
The Flat Earthers believe the first proof for the Earth being flat can be discerned through the true nature of the world, by relying on one’s own senses. The world looks flat, and hence is flat. The bottoms of clouds are flat, providing proof that we do not in fact live on a spherical heliocentric globe. This approach is called the empirical approach (relying on information from the senses).

The best way to prove the Earth’s flatness, according to them, is the Bedford Level Experiment. Samuel Birley Rowbotham (President of the Flat Earth Society in the summer of 1838) waded into the Bedford River (England) and watched a boat row slowly away from him. His hypothesis was that if the Earth was spherical, the mast should disappear below his line of sight after 6 miles. However, the boat remained in his line of sight constantly for the 6 miles proving the Earth is flat.

Source: Wiki
Well if you must believe what you see then why not believe the pictures that people who have gone to space have taken, right? Here’s what they say: photographic evidence can be too easily manipulated and altered and therefore isn’t credible. Furthermore, the quirks of modern cameras may distort pictures in ways that aren’t immediately discernible.

A majority of Flat Earthers believe that space agencies of the world have conspired against the people, and faked space travel. So in simple words, we have, as they believe, never been to space. This conspiracy likely began during the Cold War, when the US and USSR were engrossed so much with the ‘Space Race’ that they resorted to faking their accomplishments. Since the Cold War, the reason why this conspiracy has continued is greed and not political gains; faking space travel with a little money leaves a lot of money to embezzle for themselves. Hence some FE-ers claim that humans haven’t been in space; even landing on the Moon was a 'hoax'.
Well, what about day and night cycles?

Source: Wiki
The first thing to note is what a 'flat Earth' might look like - a bird’s eye view would show the North Pole in the centre, and the continents surrounding it. It is bordered by an ice wall (Antarctica) which helps contain the oceans, holding them back. Unlike what the 'Globe Earthers' believe, the 'Flat Earthers' say that the sun moves in circles around the North Pole. When the sun is over your head, it’s day; when it’s not, it’s night. Why do you think is rises and sets then? It’s because of what they call the ‘perspective effect’- the line of perspective is always at the observer’s eye level.
And seasons? 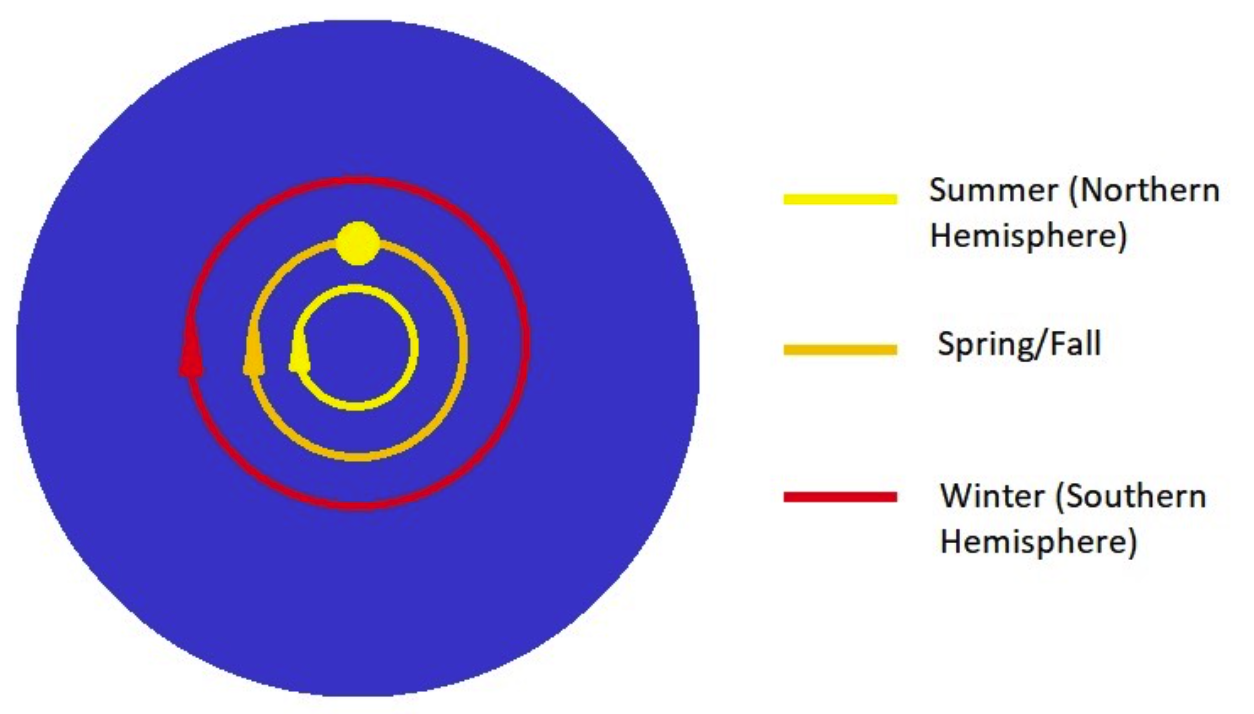 When the sun is farther away from the North Pole, the northern hemisphere experiences winter while the southern hemisphere experiences summer. Smh.
The (Non)Existence of Gravity
Since the Earth isn’t spherical, there is no gravity “pulling it into a spherical shape” ((more accurately, it is greatly diminished in comparison to what is commonly taught). FE-ers claim that the Earth accelerates 'upwards' at the rate of 32 feet per second squared (9.8 metres per second squared) causing what you think is gravity, much like a constantly speeding car that forever pushes you to the seat.

The concepts of gravitation traditionally studied, such as Newton's Law of Universal Gravitation, General Theory of Relativity etc. would not fit in with such a model because those concepts require a large, spherical mass pulling objects uniformly toward its center.
But could we fall off the edge? 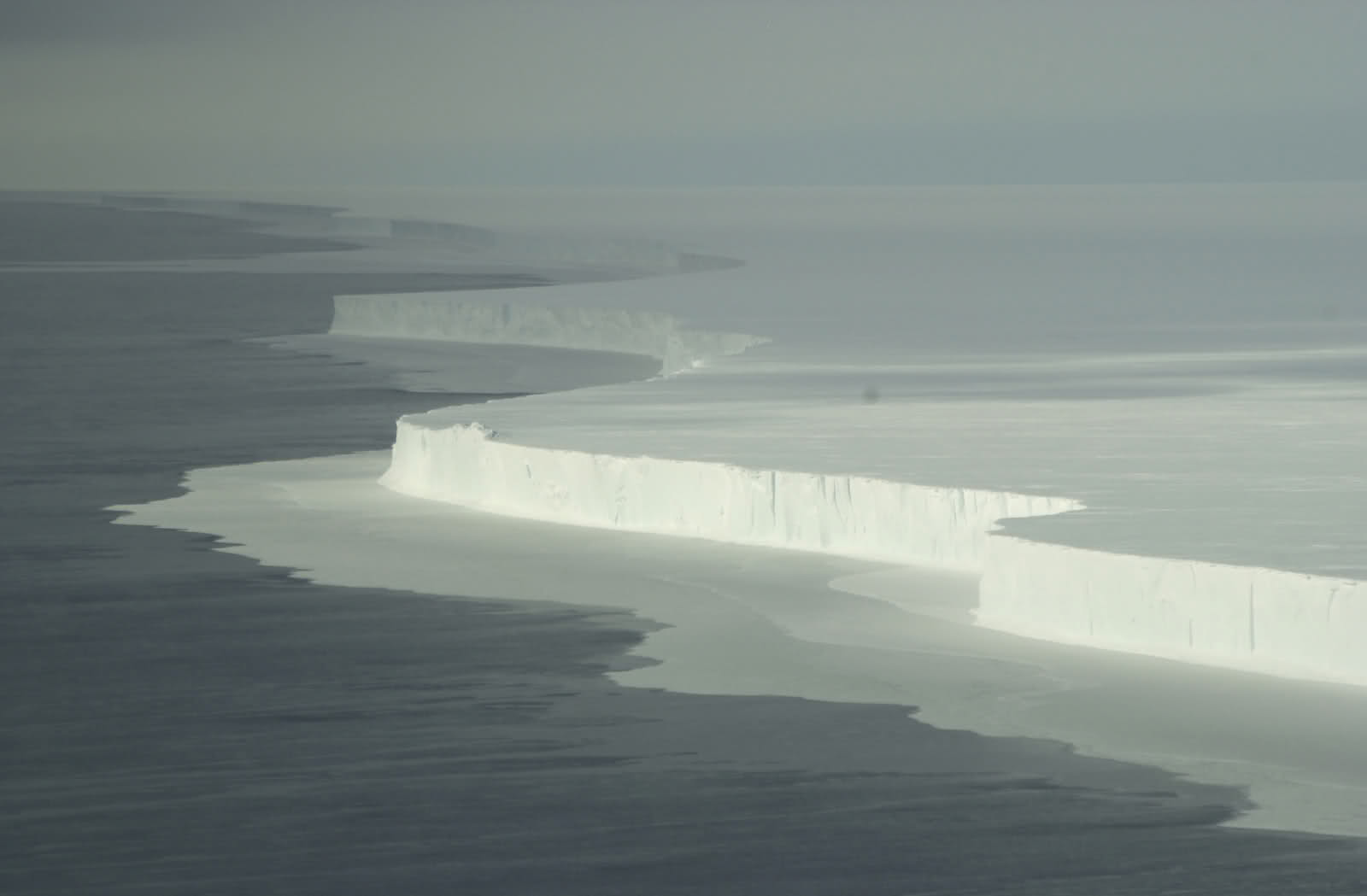 Source:Reddit
Well if the Earth is flat, humans would be falling off the edge all the time, right?

Now what one must consider here is that “no one has ever been to space” and so no one has been able to “cross the ice wall (which is Antarctica) and returned to tell the tale. Therefore it greatly interests the FE-ers what lies beyond- on the other side.

In a recent Flat Earth Convention in the UK, Darren Nesbit (musician who became interested in the FE beliefs post 2013) gave the view that anyone going to the edge goes through what is called the “Pac-man effect”. What is that? When something/someone reaches the edge of the horizon (compared to Pac-man reaching the end of the screen) it teleports from one side to the other (like Pac-man entering from the other side of the screen). This viewpoint however received multiple alternative views.
Sigh. What do flat earthers believe about other planets?
There isn’t much information about what FE-ers have to say about other planets but there is an instance that became very popular. Late November last year, Elon Musk tweeted about how there is no “Flat Mars Society” while we have one for Earth. The official “Flat Earth Society” replied by saying that “unlike the Earth, Mars has been observed to be round”.

Of course scientific observations that say Mars is round are correct but those that say Earth is round aren’t credible. 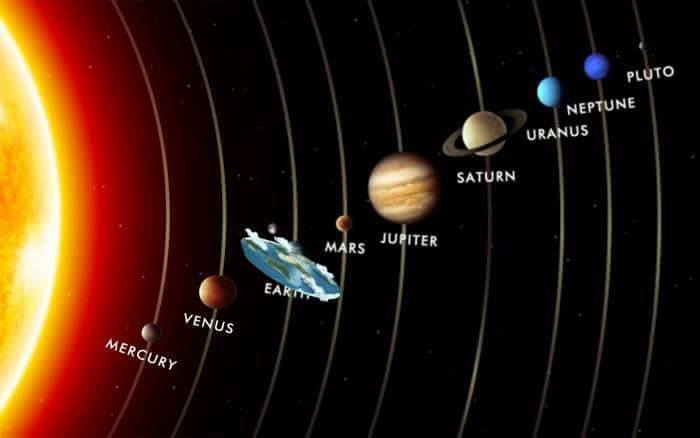 Source:PBS.TWIMG
The Flat Earth Theory is said to be a ‘work in progress’. Which is perhaps the reason why it has a lot of loopholes as of 2018. There are many historical factoids that can prove the how the Flat Earth theory is a complete fallacy. For instance, if you’ve visited a seaport you would’ve noticed how boats and ships don’t just appear out of nowhere like they would if the Earth was flat; instead they seem to emerge from the waves, gradually (seeing the mast followed by the rest of the body).

Also, Aristotle originally declared the roundness of the Earth; he made this observation on the basis of the fact that he saw stars in Egypt and Cyprus during his trip which are not visible in other northernly regions.

No matter the number of theories one comes up with to debunk the Flat Earth theory, there will always be someone who will refuse to believe in them. “Why should I believe in someone else when my senses say otherwise”- a common approach used by Flat Earthers.
Similar Blogs:

At the top of the smoke – India's most polluted cities

While we keep avoiding the issue of pollution as someone else’s concern, it is something that affects us all deeply and simultaneously.

5 Quick Hacks to a Paperless Tomorrow

Paper saving is a practice that we can incorporate in our everyday lives for a better future and community. Small contributions like these over time add up to a bigger impact.

15 DIY Houseplant Ideas That Indians Will Love To Try

Spruce up your home with these lovely home gardening DIYs!