In 2018, the #Metoo movement took India by storm. The movement had been prevalent in the West for a while, and it took some time to come to India. However, better late than never; it happened when Indian women were finally able to face their preprators head-on and feel safe enough to open up about their experiences.

As #Metoo grew, more and more women came out to share their stories on various social media platforms. And we can all agree that it was heartbreaking to open up the Pandora's box, but it was also raw, beautiful, and empowering. These women who had been subjected to such hard times took back their voices and with that, they took back power. The movement gave direction to rising rage and anger from women across the country, as it rightfully should, but it also led to the genesis of the 'Believe All Women' slogan and more broadly, mindset. 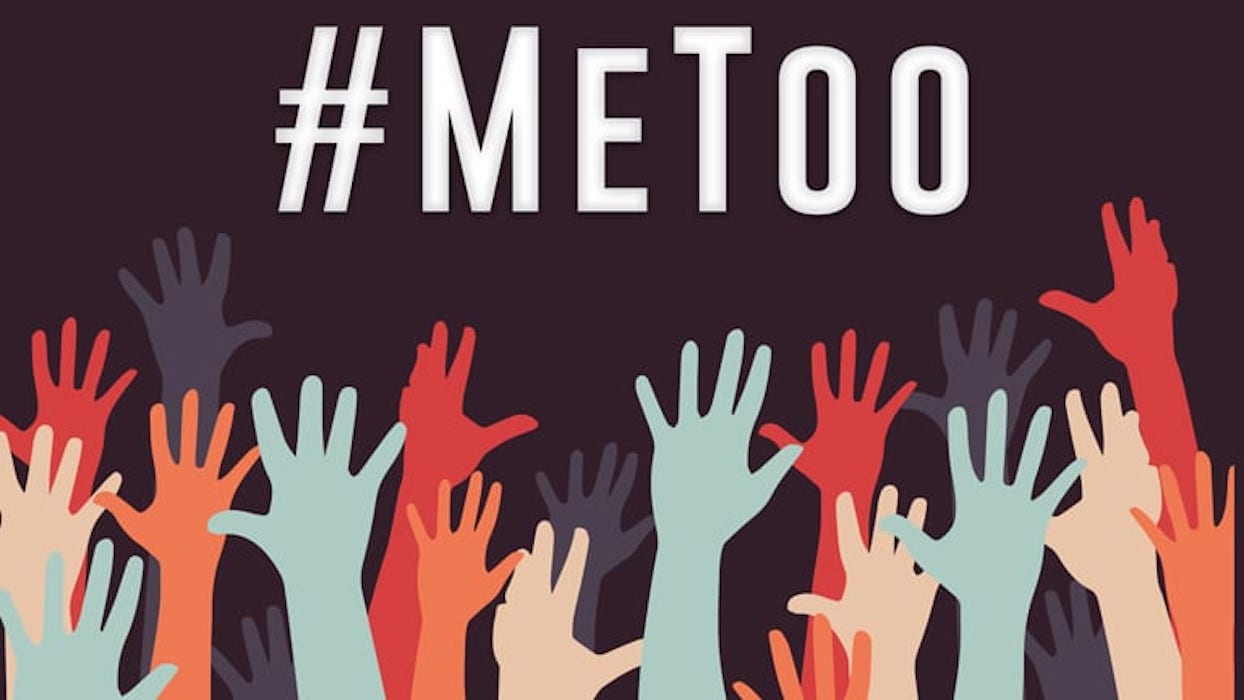 Source: The Leaflet
'Believe All Women' is not just a slogan that urges people to give women a fair chance to tell their story. It might also subliminally tell the person on the receiving end that they ought to believe them blindly.

Let us begin by recognizing the good that the #Metoo movement has done in uncovering the widespread occurrences of inappropriate sexual misconduct and the culture of exemption that prevails in workplaces across the board. Yet constrained by its very nature and by the web-based social networking apparatuses it uses, the movement is generally limited to the cohort of urban, educated, working ladies, by virtue of which, the movement has indicated that even the most enabled of women are impaired, isolated and disempowered compared to men in similar spaces.

Source: Quora
Human communication and interactions are singularly intricate and multilayered, and to put all communication between people of the various genders into a bracket is unfair. Furthermore, looking back at each case from the lens of only one of the associated parties, is similarly precarious. There has been, in its later stages, a co-option of the language and instruments of the development by certain people to manage examples that don't qualify as lewd behavior, unfitting as they might be. We here concern ourselves with situations where consent, at the pertinent time, was given or communicated in some way and then later asserted as not having been given freely. 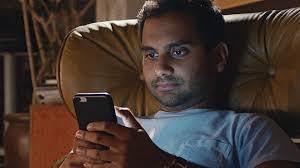 Source: Hindustan Times
How do we deal with cases of the caliber of Gursimran Khamba and Aziz Ansari? ‘Believe All Women’ is dismissive of every single case of abuse similarly. One thing that I will like to point out is my intention is not to belittle someone’s struggle. Movements like #Metoo are essential. Most argues that both Ansari and Khamba should be included in the category of harmful perpetrators but some decided that it boils down to bad sex or dates stories. My appeal her is that we learn to draw the distinctions between physical sexual abuse and bad dates/relationships that cause a level of mental distress? Others argue that an hierarchy of abuse can’t exist. But my argument is that such gradation of harm and degree of guilt are essential to our moral insanity. While talking about cases of harassment and assault we are allowed to express our discontentment with similar passion but the social justice system like the legal requires weighing things, that is why the symbol of justice is a scale. Our assumption of guilt for the accused people sometimes result in immediate repercussions for them. That is satisfying isn’t it. But what do we do when the accusations do not pull through and linger in this weird and murky territory?

What women experienced at the hands of men for centuries is not okay. Such claims of harm the and mindless support will also poorly affect the credibility of the #Metoo movement itself. And we are not even taking into account women who have outright lied and accused men who are innocent. In instances where an individual is accurately blamed for assault or attack and those claims are demonstrated to be legitimate after an examination, at that point, it is reasonable for them to languish the results for their deeds that are corresponding to what they did. 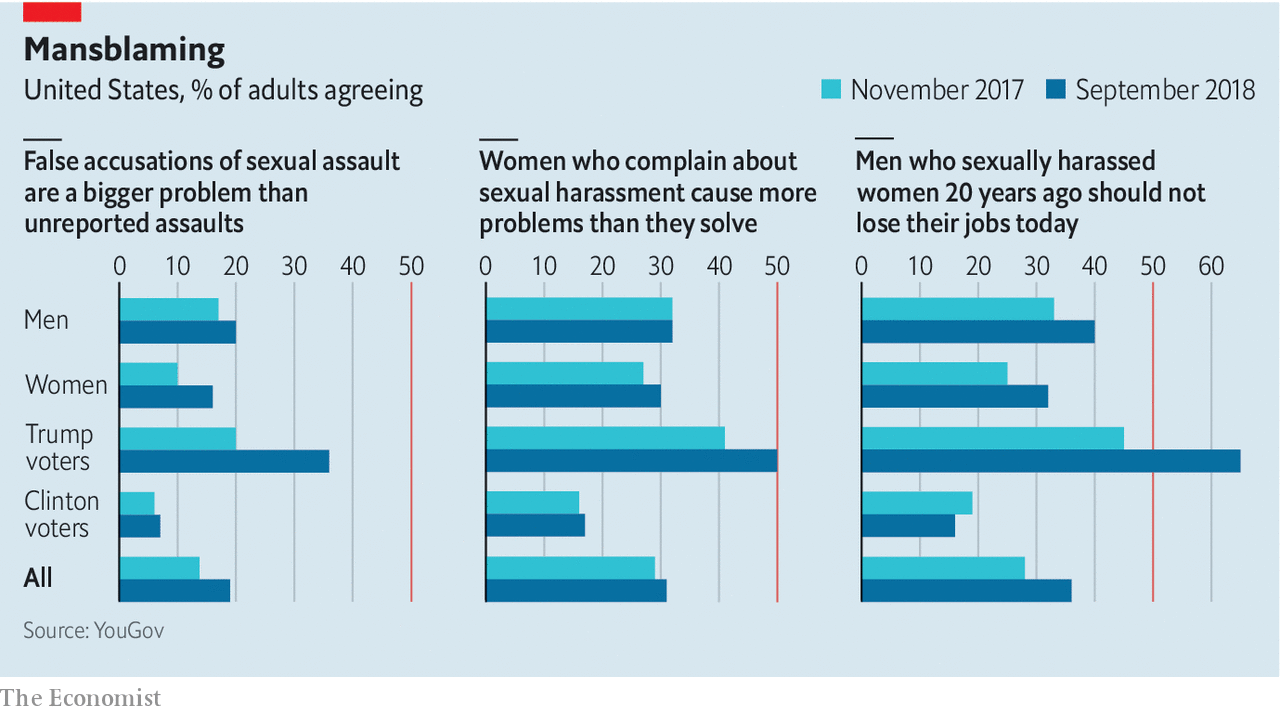 The Economist
Be that as it may, we are not discussing the other side of the condition, and the effect it can have on lives when the claims are untrue and baseless. When the victim turns out to be the harasser. How do we deal with cases like that of Johnny Depp and Amber Heard (Both the parties sued each other for abuse) with letting gender bias clous our judgement?

Truth be told, some may not discuss these cases as they are fewer than actual mistreatment faced by women. When I started writing this article, I almost changed my mind on account of some horrid cases of sexual, physical and mental violence against women however then I had another feminist push a little sense into me. 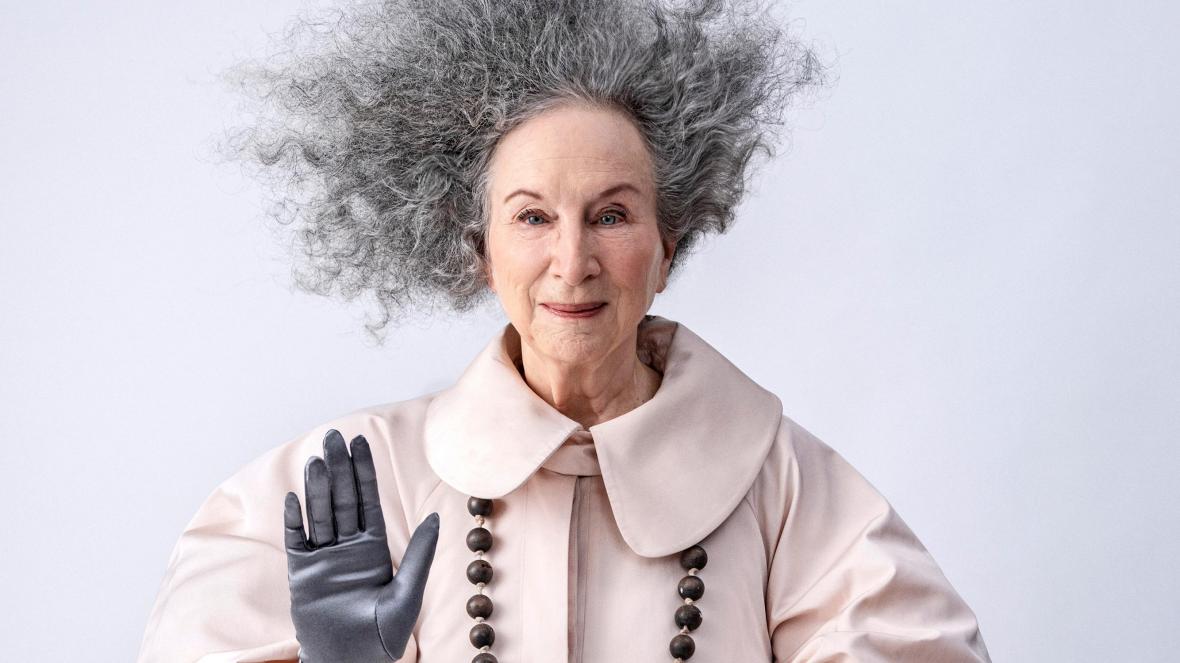 Source: Times
“My fundamental position is that women are human beings, with the full range of saintly and demonic behaviors this entails, including criminal ones. They're not angels, incapable of wrongdoing. If they were, we wouldn't need a legal system.- Margaret Atwood”.This right here. This is it. If guilty by association is wrong then so is innocence by association. To believe a female over someone else just because she is a woman is everything that the idea of feminism stands against.

When women share their stories of survival, of inappropriate behavior, sexual harassment, or assault, it is an incredibly vulnerable thing to do. I recollect the agony, tension, outrage, and mortification I felt when I shared my encounters with lewd and inappropriate men. Yet, we should remember that the world will not become a safer place for women when individuals who have never done these wrongs, endure the punishment because we decided to trust one gender only.

Is it uncommon and rare? Indeed. In any case, just because something is uncommon doesn't mean we disregard it. It doesn't mean we don't try to be conscious of it. What's more, it doesn't mean we don't set up procedures to ensure we limit and prevent it and learn to condition our minds to believe in “presumption of innocence”. It will be outrageous at times but humanity should not be willing to subject an innocent being to humiliation no matter what.
Similar Blogs:

This is indicative of the problematic attitude that sexual tension stems from.

The Metoo movement has spread like forest fire in the past few weeks and for all the right reasons. Here’s a detailed account of the much talked issue.

Logan Paul's suicide video has made one thing clear - the kind of harmful clickbaity content Youtube wants up.